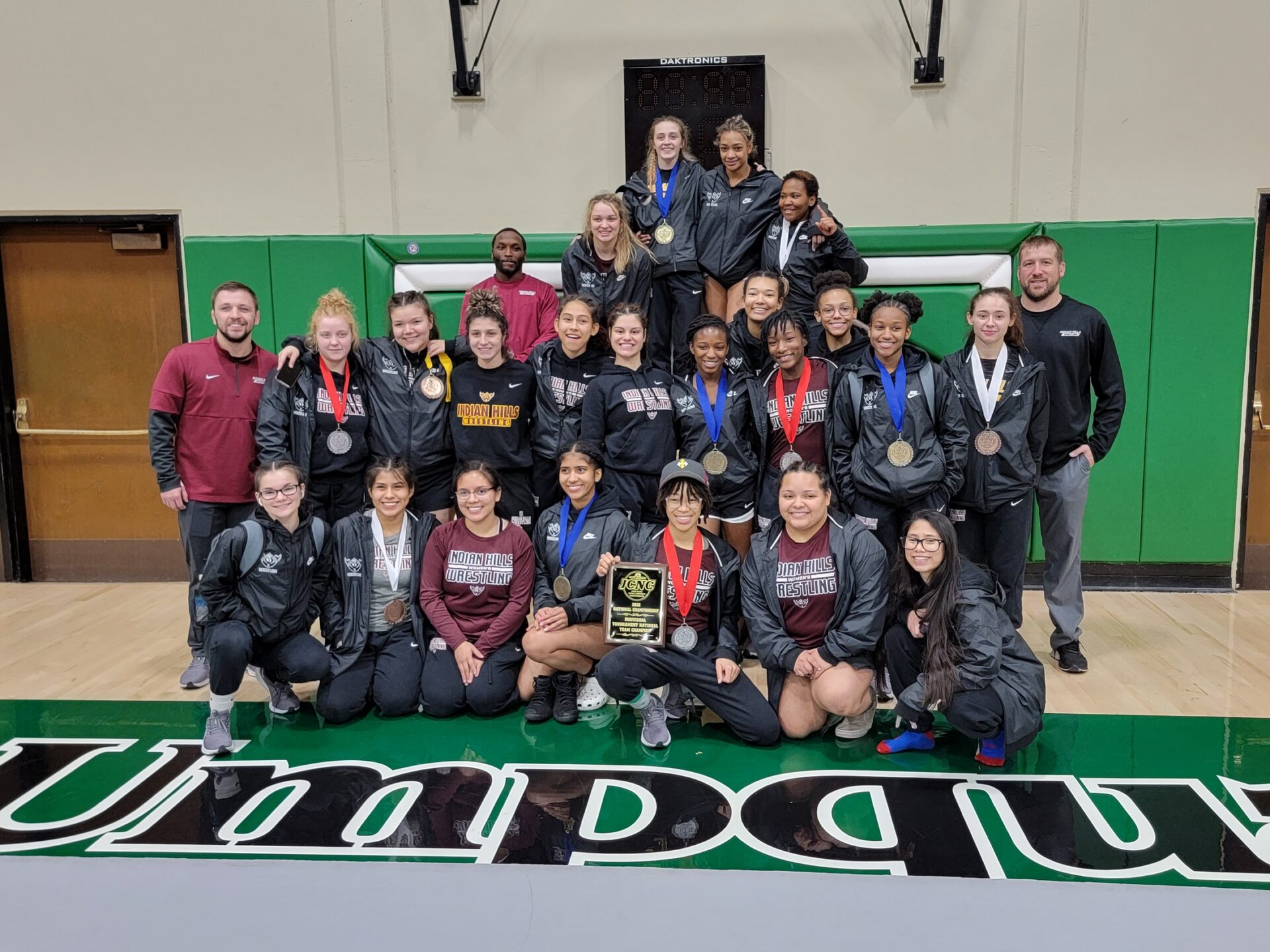 The two-time defending Junior College National Championship Indian Hills Women’s Wrestling team will be recognized with an official ring ceremony prior to the team’s first home dual of the year on Tuesday, November 8.

The official ring ceremony will be a part of a historic night for the Indian Hills wrestling program. For the first time in school history, the women will take part in an official Iowa Community College Athletic Conference (ICCAC) dual against North Iowa Area Community College. The dual will also be a part of the first-ever ICCAC doubleheader as the Indian Hills men’s program also hosts NIACC.

Fans who plan to attend the dual can purchase tickets for $5.00 that will provide access to both the women’s and men’s duals, along with the ring ceremony. For those that cannot attend the event, GoHillsTV, the official streaming platform of Indian Hills Community College will provide full coverage of the entire night.