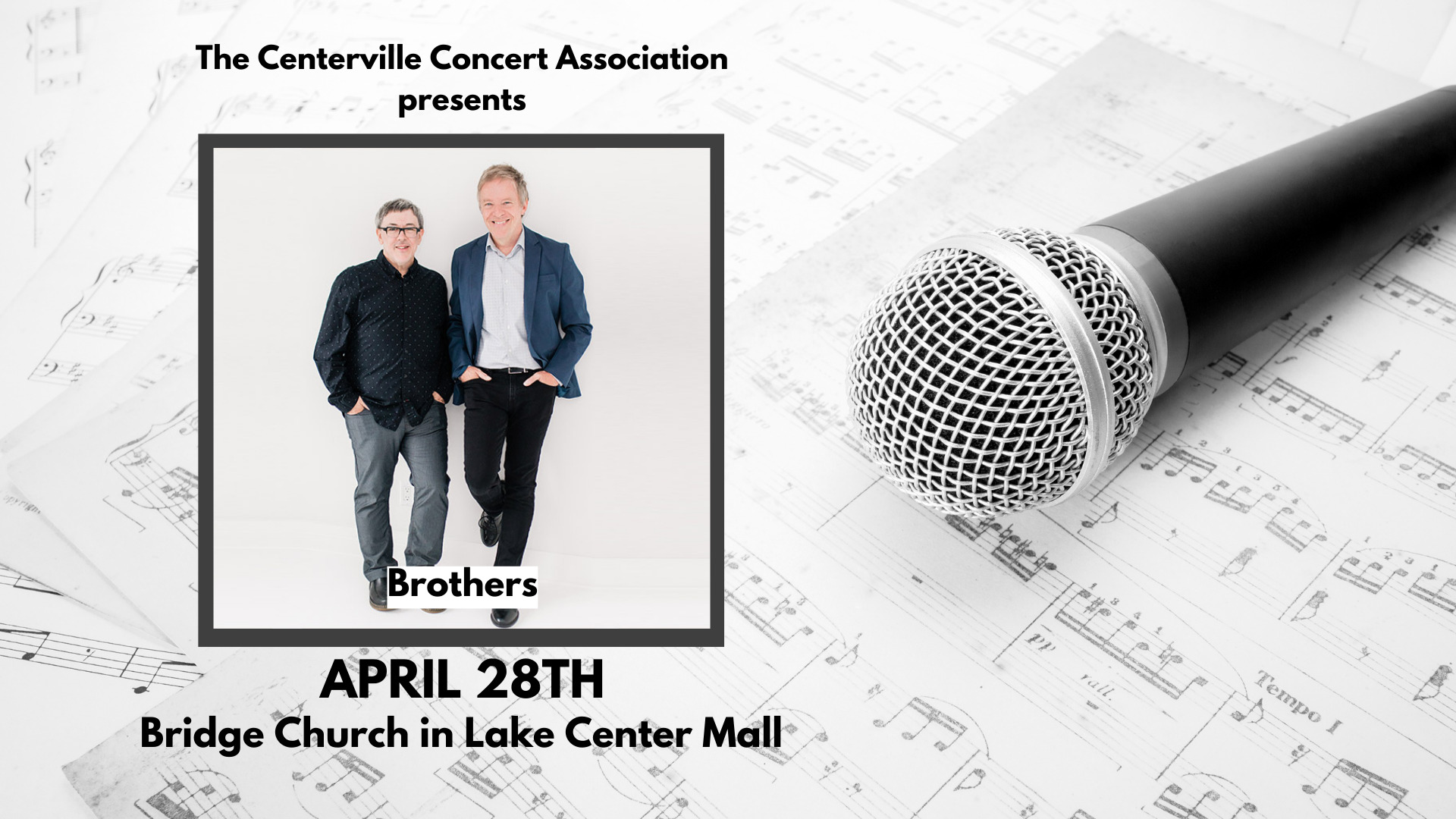 Join the Centerville Concert Association for their final event of the season, Brothers!

Great music combined with excellent musicianship, an easy, warm rapport with the audience, and terrific videos to complement the shows led to standing ovations!

Jim has created a new show called Brothers which features the hits of “musical brothers” like Lennon & McCartney, Hall & Oates, The Righteous Brothers, The Beach Boys and many others.  Jim will be paired with his multi-talented musical partner Ian Tanner.

We would love to have them back!” – Sheboygan, WI

“I would recommend them in a heartbeat!” – Yankton, SD

“My entire season ticket was worth this one show!” – Newton, IA

About the Centerville Concert Association

The Centerville Concert Association is fired up to start our 55th season. We are blessed to live in an area where the community and businesses in Centerville, Moravia and Albia value the importance of live entertainment and have mad support the CCA a priority for over 5 decades.